WHO to convene emergency committee on monkeypox spread 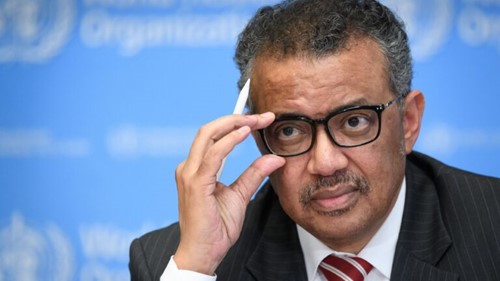 The World Health Organization announced Tuesday that it will convene a meeting of outside experts next week to advise it on whether the current spread of monkeypox constitutes a public health emergency of international concern.

The unprecedented geographic expansion of the virus means there may be a need for a coordinated international response, Director-General Tedros Adhanom Ghebreyesus said as he announced he had called a meeting of a so-called emergency committee for June 23.

“I think it’s now clear there is an unusual situation,” Tedros said during the WHO’s weekly press conference. “We believe … the external experts could expand the understanding and the knowledge we have about this virus.”

As of Tuesday, there have been more than 1,700 confirmed and suspected cases of monkeypox reported from four dozen countries where the virus is not typically found. In the United States, 17 states and the District of Columbia have reported 65 cases.

Monkeypox infections cause flu-like symptoms — fever, body aches, chills — but also swollen lymph nodes. Symptoms can begin with a fever and malaise, followed a few days later by the appearance of a distinctive rash. Vesicles can form on the palms of the hands or, in this latest outbreak, around the genitals.

To date, the WHO has not been informed of any deaths among cases, but Tedros said the agency has reached out to Brazil to inquire about reports that there was a monkeypox-related death there.

The emergency committee will be tasked with assessing whether the outbreak constitutes a PHEIC, an instrument set up under the International Health Regulations that assists the WHO in health emergencies.

The WHO website defines a PHEIC as “an extraordinary event which is determined to constitute a public health risk to other States through the international spread of disease and to potentially require a coordinated international response.” It also stipulates that the situation must be serious, sudden, unusual or unexpected, carry implications for public health across borders, and might require international action.

There is little doubt that the rapid spread of the virus through Europe, parts of the Americas, and beyond is both unusual and serious and has broad implications for public health.

And there is already evidence that the response will need international coordination. Vaccines and drugs that are effective to prevent and treat monkeypox are in limited supply globally. Tedros said the WHO is working with countries and other partners to develop a mechanism for fair distribution to those supplies.

Ibrahima Socé Fall, assistant director-general for emergency response, said the agency’s convening of an emergency committee will assist it with the monkeypox response.

Tedros also confirmed that the WHO is working with partners to devise new names for the monkeypox virus, the disease it causes, and the clades of the virus, which currently are named after the parts of Africa where the corresponding viruses are found in nature.

Over the weekend a group of experts, led by a contingent of African scientists, called for the action, saying that the current names are stigmatizing and do not follow naming rules that the WHO has established.