The additional funds will come from the federal government's general reserves, FNC says 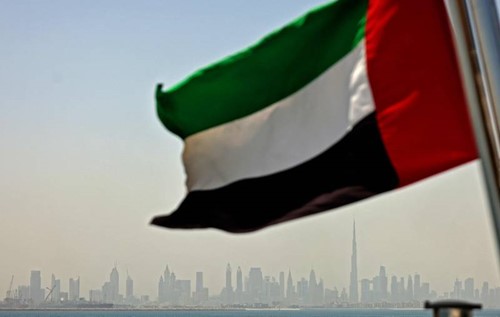 The UAE's economy has rebounded strongly from the Covid-19 pandemic and is set to expand 5.4 per cent this year. AFP

The increased spending will come from the federal government's general reserves, the FNC said on Twitter.

It said the UAE's revenue this year was estimated to increase by about Dh374.9m.

About 3.8 per cent of the budget was allocated to the infrastructure and financial resources sector.

The country also announced a five-year federal budget last year with a total spend of Dh290bn until 2026.

Sheikh Mohammed said at the time that the UAE was sending a message that the country was primed for further success.

“We enter the new federal 50th with confidence, optimism and global aspirations," he said.

The UAE's economy has rebounded strongly from the Covid-19 pandemic and is set to expand by 5.4 per cent this year, the latest figures from the Central Bank of the UAE have shown.

The 2022 real gross domestic product growth estimate is higher than the 4.2 per cent projection the central bank made in April.

The Arab world’s second-largest economy, which expanded by 3.8 per cent in 2021, is expected to grow by another 4.2 per cent in 2023 as growth momentum continues.

Overall GDP growth will be supported by a robust 8 per cent jump in the UAE’s oil economy in 2022, which is expected to grow by another 5 per cent next year amid higher crude prices.

The country’s non-oil economy will expand 4.3 per cent this year after growing 5.3 per cent last year. The growth is estimated to moderate to 3.9 per cent next year, central bank data shows.

The International Monetary Fund projects that the UAE economy will grow 4.2 per cent this year, while Japan's largest lender MUFG expects it to grow 4.9 per cent. Emirates NBD forecasts growth of 5.7 per cent and Abu Dhabi Commercial Bank estimates a 5.4 per cent expansion, supported by a sharp increase in the oil sector.

The FNC also approved a law to amend some provisions of Federal Decree Law 26 of 2019 in the matter of public finance.

"The federal law plan complies with the adopted accounting standards on the accrual basis of accounting rather than the accounting system that is based on modified cash," it said on Twitter.