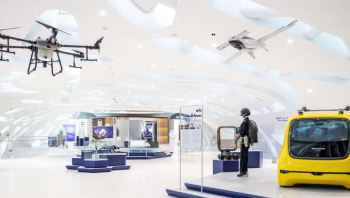 Some of the world's most advanced mobility solutions are set to be showcased at Dubai's Museum of the Future in partnership with the Roads and Transport Authority (RTA).

Other highlights include autonomous vehicle prototypes that use artificial intelligence, machine learning, and geospatial data.

The RTA will also showcase a dynamic wireless charging system for electric vehicles and buses in motion using Shaped Magnetic Field In Resonance (SMFIR) technology, which was tested in Dubai Silicon Oasis.

This system could be installed under roads to provide smart wireless charging of electric vehicles as they drive through the city.

"The RTA has been conducting pilot tests on different types of autonomous vehicles, developing the infrastructure for servicing self-driving vehicles and air taxis, and enhancing society's adoption of this technology," explained Mattar Mohammed Al Tayer, the RTA's Director-General and Chairman of the Board of Executive Directors.

"We are delighted to deepen our partnership with RTA, a true pioneer in developing integrated transport ecosystems, and look forward to showcasing exciting technologies for the first time in Dubai that will shape the future of cities and communities everywhere," said Khalfan Belhoul, CEO of the Dubai Future Foundation (DFF).